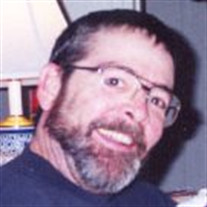 Bradford Lee “Ducky” Tanner, 52, died Saturday, May 24, 2014 unexpectedly at Lakeland Regional Medical Center. Funeral services for Bradford will be held on Sunday, June 1 at 3:00 PM at the Dey-Florin Chapel of Florin Funeral Service, 2506 Niles Ave., St. Joseph. Chaplain Scott Labbe will be officiating. The family will meet with friends from 1:00 until the time of the service on Sunday at the funeral home. Please share messages of condolence at www.florin.net. Bradford was born on October 21, 1961 in Bellevue, Nebraska. After graduating from high school he went into the Navy for 13 years. He then went to Bosch for 10 years, ending at Chassix in the automotive industry, maintenance division. On March 12, 2001 he married Chrissy Pipkins in Las Vegas, NV. Bradford has lived in the community for many years. He was a member of the Moose Lodge #1570 in Benton Harbor, VFW, American Legion Post #331 in Bridgman, and the NRA. He is survived by his 3 sons, Bradford Lee Tanner Jr, and Christopher Tanner of Danville, Ill. and Ryan Tanner of Kansas City; sisters Patricia Isbrecht of Benton Harbor and Pamela Tanner of Daytona Beach, Florida; his father, Sherrill Bradford Tanner of Pensacola, FL; 1 nephew; and special friend, Ernestine Jenkins of Stevensville. Bradford was preceded in death by his mother, Cora Lee Littke and his niece, Heidi Renee Tanner.

The family of Bradford Lee Tanner Sr. created this Life Tributes page to make it easy to share your memories.

Send flowers to the Tanner family.