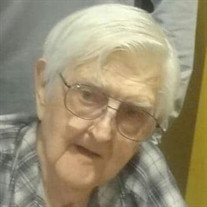 Clarence R. Bertog, 85, formerly of Sodus died Saturday, April 9, 2016 at Pine Ridge Nursing Home in Lincoln Towhship. Services celebrating his life will be held at 11 AM on Thursday, April 14, at the Good Shepherd Lutheran Church in Benton Harbor. Burial will follow in Mount Pleasant Cemetery in Sodus Township. The visitation will be from 5 PM to 8 PM on Wednesday at the Fairplain Chapel of Florin Funeral Service in Benton Harbor. Please share memories, messages or photos at www.florin.net. Clarence was born Nov 6, 1930 in Benton Harbor to Henry and Marie Bertog. He married his wife, Betty, and she preceded him in death in 2002. He was employed at the News-Palladium for over 40 years and retired in 1995 as an ad setter. He was also a member of the Good Shepherd Lutheran Church. Clarence loved his great grandchildren. He was an extremely helpful individual who would help anyone. He leaves behind his children, David (Ida) Bertog of Three Rivers, Stan (Barb) Bertog of Allendale, MI, Scott (Kate) Bertog of Quincy, IL, Jeffery (Heather) Bertog of South Bend, Maryanne Perlick of Coloma and Lisa Bertog of Bronson; his 8 grandchildren, his 10 great grandchildren, and numerous nieces and nephews. He was also preceded in death by his son, Steven, in 1990, his 3 brothers, Charles, Henry, and Frank and his 5 sisters, Marie, Hannah, Henrietta, May, and Clara.

The family of Clarence R. Bertog created this Life Tributes page to make it easy to share your memories.

Send flowers to the Bertog family.