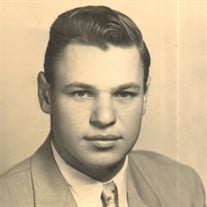 David Joseph Provenzano was born in New York, N.Y., on Oct. 5, 1934, to Carmine and Ella (Koski) Provenzano. He died peacefully at home March 11, 2015. Cremation has taken place, and a memorial service will be at 3 p.m. on Thursday, April 9, 2015 at the Unitarian Universalist Church; 855 Grove Street; East Lansing, MI 48828. An information gathering will he held at 5:00 p.m. at the Church Wyble Law Office (2827 E. Saginaw St., Lansing). Donations may be made in David’s memory to Okemos Athletics (send to: Athletics Office, ATTN: Ira Childress, 2800 Jolly Road, Okemos, MI 48864) or to The David Provenzano Memorial Fund at Hofstra University in honor of a beloved member of the Hofstra Athletic program. Checks should be made payable to Hofstra University, denoting David Provenzano Memorial Fund and mailed to: Hofstra Athletics Development Office, 245 Hofstra University, 315 David S. Mack Sports and Exhibition Complex, Hempstead, NY 11549. Arrangements are by Florin Funeral Service (983-1514). Please share messages, memories or photos at www.florin.net. David grew up on Long Island, N.Y, graduating from Hewlett High School, where he excelled at sports as state shot put champion and Athletic Hall of Fame inductee. At his beloved alma mater, Hofstra (College) University, “Gootch” was a member of the track, lacrosse and football programs. His fabled 1956 “Tiny Twenty” football team achieved a winning season with a roster of 20 players. David’s proudest athletic achievement was his 18th career rank for most rushing yards of 1,284. Though recruited by the New York Giants and Green Bay Packers, he decided to continue his athletic career as a commissioned officer in the U.S. Army and a member of the football team at SHAPE headquarters in Paris, France. He enjoyed a long career in wholesale garment sales in New York, Ohio and Michigan. For 30 years, he lived in East Lansing, where he adopted the Michigan State Spartans athletic teams as his own. David is survived by sons Jeffery (Debby) Provenzano of Salt Lake City and David Shea Provenzano of Jenison, Mich.; daughter, Heather Provenzano of Scottsdale, Ariz.; grandchildren: Daniel, Gabrielle, Samantha and Jeremy Provenzano; companion, Joanne Davidhizar, and her children, Janet and Caroline Caswell of Stevensville; his former wife, Jenine Grainer; and his close friends, Sylvia and David Cohen of Farmington Hills, Mich. He was preceded in death by his parents; brother, Henry; and former wife, Roberta Provenzano. David was a person who loved family and life itself. He had a good sense of humor and made friends easily wherever he went. He will be sorely missed by many.

David Joseph Provenzano was born in New York, N.Y., on Oct. 5, 1934, to Carmine and Ella (Koski) Provenzano. He died peacefully at home March 11, 2015. Cremation has taken place, and a memorial service will be at 3 p.m. on Thursday, April 9,... View Obituary & Service Information

The family of David Joseph Provenzano created this Life Tributes page to make it easy to share your memories.

Send flowers to the Provenzano family.