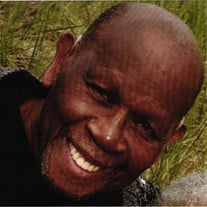 Francis Edward Baker, 91, of Benton Harbor, passed away peacefully at Hanson Hospice Center, Stevensville, Michigan on October 22, 2019. Francis was born August 18, 1928 in Monroe City, Missouri, the fourth of eight children born to Benjamin and Betty (Estes) Baker. Francis attended school until the eighth grade and then went to work to help support his family. The Baker family eventually moved to Kewanee, Illinois, which Francis would call his hometown. In 1951, he was drafted into the US Army and served in Korea 1951 - 1953, then being honorably discharged in 1956 with the rank as Corporal. After he returned home from Korea he worked at the Moline Iron Works. In June 1954, he met the love of his life, Janice Harriet Mitchell. On November 6, 1954 they were married in Benton Harbor and moved to Kewanee to begin their life together. They were married for 64 years before Janice’s passing on May 3, 2019. While in Kewanee, two children were born – Charlene Marie Baker and Anthony Francis Edward Baker. The family moved permanently to Benton Harbor in 1963 and eventually Jacquelene Diane Baker was born into the family. Francis worked at Mercy Hospital when the family first moved to Benton Harbor and then worked at the City of Benton Harbor as a Custodian and retired from there in 1992 as the Director of Building Maintenance. People were so impressed with his work he took side jobs including working at Fairplain Presbyterian Church, where he retired from also. A strong advocate for his children, Francis worked with the BHHS Band Parents and BHHS Tiger Athletic Booster Club. He was a member of Pilgrim Rest Baptist Church, singing in the choir and Male Chorus until he joined his family in 1982 at First Presbyterian Church. Francis loved fishing – especially family trips to Canada in the summer to Rice Lake. He developed a love for reading late in life – and would read voraciously true crime novels and the newspaper. He loved sports – especially the Chicago Bulls of the 1990s. Francis would say he was the happiest just sitting in his boat with friends and family fishing. Francis is survived by his children Charlene, Anthony (Tony) (Donna) and Jacquelene (Jackie) – all of Benton Harbor; grandson, Boaz (Bo) Baker of Oakland, California; brother Nathaniel of Xenia Ohio, in-laws Dwight (Pete) & Margo Mitchell, Duane & Perona Mitchell, Don C & Geraldine Mitchell and Marlene Mitchell – all of Benton Harbor; Joseph & Diane DeFrance of Saint Joseph, Minnie Mitchell of Caledonia, Michigan and Kathleen Bowman of Lakeland, Florida; and a host of nieces and nephews. He was proceeded in death by his parents, his wife Janice; siblings Genevieve, Gladys, David, Vernon, Don & Louis; and in laws Don & Katherine Mitchell, Gary Mitchell, Sharon Baker, Walter Bowman and Stephen Mitchell. A celebration of his life will be held at noon on Wednesday, October 30, at First Presbyterian Church, 475 Green Street in Benton Harbor. Visitation at the church will be from 10 a.m. until the time of the service. Arrangements are by the Fairplain Chapel of Florin Funeral Service in Benton Township. In lieu of flowers, donations can be made to the Sickle Cell Disease Association of America (Michigan Chapter) 18516 James Couzens Fwy, Detroit, MI 48235

The family of Francis E Baker created this Life Tributes page to make it easy to share your memories.

Send flowers to the Baker family.