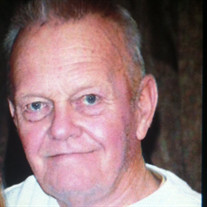 Raymond L. Mull, 91, of Benton Harbor died Friday, August 22, 2014 at Lakeland Regional Medical Center in St. Joseph. Services celebrated his life will be held at 2 PM on Thursday, Sept 4, at the Dey-Florin Chapel of Florin Funeral Service in St. Joseph. Cremation has taken place and burial of the ashes will be at Crystal Springs Cemetery in Benton Harbor. The visitation will begin at 1 PM on Thursday at the Dey-Florin Chapel. Please share memories, messages or photos at www.florin.net. Ray was born on Feb 10, 1923 in Benton Harbor to Raymond A. and Lotta Mull. He was a P51 fighter pilot in the Army during WWII. He was shot down on a mission and remained a POW for 8 months. After the war he joined the Reserves in the US Air Force. After 30 years in the Air Force Reserves he retired as a Lt. Colonial. Ray owned the Mull Tool and Engineering Co in Benton Harbor for over 30 years before retiring. He was a member of the Experimental Aircraft Association Local 585. Ray built his own experimental airplane called the “Fly Baby” which he did get licensed by the FAA. He also worked on rebuilding WW II vintage planes. He was also a member of the VFW, American Legion and the Amvets. He liked camping, fishing and working with children. Ray was a terrific fellow and enjoyed his nieces and nephews. He is survived by his sister, Mary Louise Balderstone of IL; his nieces and nephews, Kathleen (Richard) Wood of Lawrence, Gail (Richard) Najarian of Suffolk, VA, Bradley Mull of Pineville, LA, Bruce (Hayat) Mull of Jordan, Loren (Lisa) Balderstone of IL, and Linda (Mike Hoffman) Balderstone of IL; his great nieces and nephews, his great great nieces and nephews, and his great great great nephew and neice. He was preceded in death by his parents, his brother, Stanley; his sister, Virginia and his nephew, James

The family of Raymond L Mull created this Life Tributes page to make it easy to share your memories.

Send flowers to the Mull family.