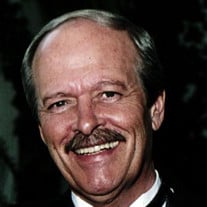 Richard Charles Curtis, 77, of St. Joseph died Thursday, August 3, 2017, at home in the presence of family after a two-year journey with cancer. Richard was born at home in Benton Harbor on January 28, 1940. He is survived by his loyal and cherished wife of 30 years Heidi and treasured children Matthew Curtis, California, Daniel (Darcy) Curtis, St. Joseph, Steven (Jessica) Curtis, Benton Harbor, Kathy Curtis, Florida, and Jody (Roger) Vogie, Indiana. Also by his brother Robert Curtis, St. Joseph, sister Jacquelyn Curtis, St. Joseph, mother-in-law Laraine Taylor, St. Joseph, and brothers-in-law Marc (Anita) Taylor, Kent (Cindy) Taylor, Daniel (Marie) Taylor, and Jason (Holly) Taylor. He is also survived by eight granddaughters, numerous great grandchildren, nieces, nephews and friends. He was preceded in death by his father Roland Curtis on May 5, 1985, his mother Helen Curtis on July 8, 1985, father-in-law John Taylor, April 15, 1990, brother-in-law Terry Taylor, March 30, 2011, sisters-in-law Brenda Taylor July 4, 1997, Donna Curtis, January 15, 2011, and his trusted son-in-law James Kerby, October 12, 2015. Richard proudly served as a full-time firefighter with St. Joseph City Fire Department for 25 years before retiring in 1991. He held a second job with Inter-City Bank and after 43-years of employment he officially retired in 2013. Richard believed no job was more important than the next and all that mattered was working hard and always doing your best. Richard enjoyed classic rock music, he had a natural talent for woodworking and was known for his exceptional, one-of-a kind culinary creations (his Christmas ham has yet to be matched). He enjoyed traveling with his wife and felt blessed returning to Michigan and calling beautiful Berrien County “home.” He had a quick wit and retained his sense of humor throughout his successful two-year battle with cancer—successful because he chose to face cancer on his terms and he gave the fight everything he had. For those who knew and loved Richard, the family asks that a Miller Light be raised in his memory. Florin Funeral Services will be handling the final arrangements. Please share memories, messages or photos at www.florin.net. It was Richard’s wish to forgo a public ceremony and asked that any remembrance of him be made to the Disabled American Veterans organization (www.DAV.org). Ephesians 2:8-9.

Richard Charles Curtis, 77, of St. Joseph died Thursday, August 3, 2017, at home in the presence of family after a two-year journey with cancer. Richard was born at home in Benton Harbor on January 28, 1940. He is survived by his loyal and... View Obituary & Service Information

The family of Richard Charles Curtis created this Life Tributes page to make it easy to share your memories.

Send flowers to the Curtis family.