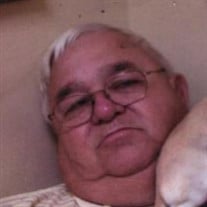 Robert “Bob” Fowler, 77, of Benton Harbor, retired Head of the Benton Harbor Water Department, died Wednesday, April 13, 2022 at Lakeland Spectrum Hospital in St. Joseph. Services celebrating his life will be held at 1 pm on Thursday, April 21, at the Fairplain Chapel of Florin Funeral Service in Benton Township. Burial will follow in North Shore Memory Gardens. The visitation will be held from 5 pm to 7 pm on Wednesday at the Fairplain Chapel. Please share messages or memories at www.florin.net. Bob was born on November 13, 1944 in Benton Harbor to Sherwood and Fern Fowler. He was a graduate of Benton Harbor High School. Bob married his wife, Betty, in 1980 and she preceded him in death in 2009. Together they celebrated 29 years of marriage. He retired as Head of the Benton Harbor Water Department in 2008 after 31 years of employment. Even after retirement the Water Department would often consult with him concerning the location of parts of the water system. Bob was a member of the Benton Heights First Church of God and he loved going to church. He was a loyal fan of the Detroit Lions and Michigan Football. Bob was also active in the Boy Scouts when his grandson was involved. He enjoyed games on his computer, watching game shows on TV, playing the lottery and race cars. Bob was also an outdoors person who loved to fish, hunt, and play golf. He was quite a comedian and always had a joke to tell. Bob was a “jack of all trades” and could fix anything. He will be missed by his family, the Water Department, and his friends. His family includes Betty’s children, Mark Smith, Beverly Charleston, and Richard Smith; his grandchildren, Paula Stone, Mark G. Smith, Shauna R. Williams, Richard A. Smith, Tammy Smith, Sara Smith, Amanda Smith, Melisa Charleston, Jeffery Charleston, Randy Smith, and Sammy Smith; his several great grandchildren and his 2 sisters, Fern Barnett, and Carol Young. He was also preceded in death by his parents and Betty’s son, Ron Smith.

The family of Robert "Bob" Fowler created this Life Tributes page to make it easy to share your memories.

Send flowers to the Fowler family.