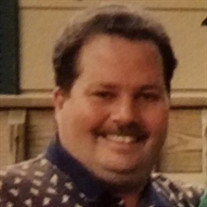 Sean S. McQuillan, 54, of Coloma passed away peacefully on Tuesday, April 4, 2017, at home surrounded by his children and loved ones. Funeral services celebrating his life will be held at 1:30 p.m. on Thursday, April 6, at the Davidson Chapel of Florin Funeral Service, 249 E. Center St., Coloma. Burial will follow at Coloma Cemetery. You are invited to meet with his family and friends from 11 a.m. until the time of the service at Davidson Chapel. Sean was born on April 6, 1962 in Pittsburgh. He married Susan Cochran on Dec. 8, 1983, and they spent their life together in Coloma raising six children. While the children were young, Sean enjoyed coaching their little league teams, taking them fishing, and creating family traditions. Sean was an avid drummer throughout life, and loved playing with local bands and at church in recent years. He was proud of his Pittsburgh roots, and couldn’t turn down a friendly bet for a 2-Liter over a Steelers game. Sean spent 20+ years of his life as a trade machinist. He was a true handyman and enjoyed projects around the house and small engine repair in the garage. He most recently worked at Brandywine Creek. Sean is survived by his children, Drew (Lindsay) of Coloma, Jared of Coloma, Rebecca (Josh) Butler of Chicago, Amanda (Sean) Dempsey of Coloma, and Jason of Chicago; his seven grandchildren; his dear friend Donetta Crawford; his brothers, Martin and Ward McQuillan; his cousin Will Neff; his parents-in-law Patricia and Creston Hauch and William and Kathy Cochran; by his sister-in-law Sheila (Kevin) Hickmott, and various in-laws, cousins, nieces and nephews. Sean was preceded in death by his beloved wife Susan; by son Stephen; by brother Francis McQuillan; and by parents Leon and Roslyn (Calahan) McQuillan.

Sean S. McQuillan, 54, of Coloma passed away peacefully on Tuesday, April 4, 2017, at home surrounded by his children and loved ones. Funeral services celebrating his life will be held at 1:30 p.m. on Thursday, April 6, at the Davidson Chapel... View Obituary & Service Information

The family of Sean S. McQuillan created this Life Tributes page to make it easy to share your memories.

Sean S. McQuillan, 54, of Coloma passed away peacefully on Tuesday,...

Send flowers to the McQuillan family.